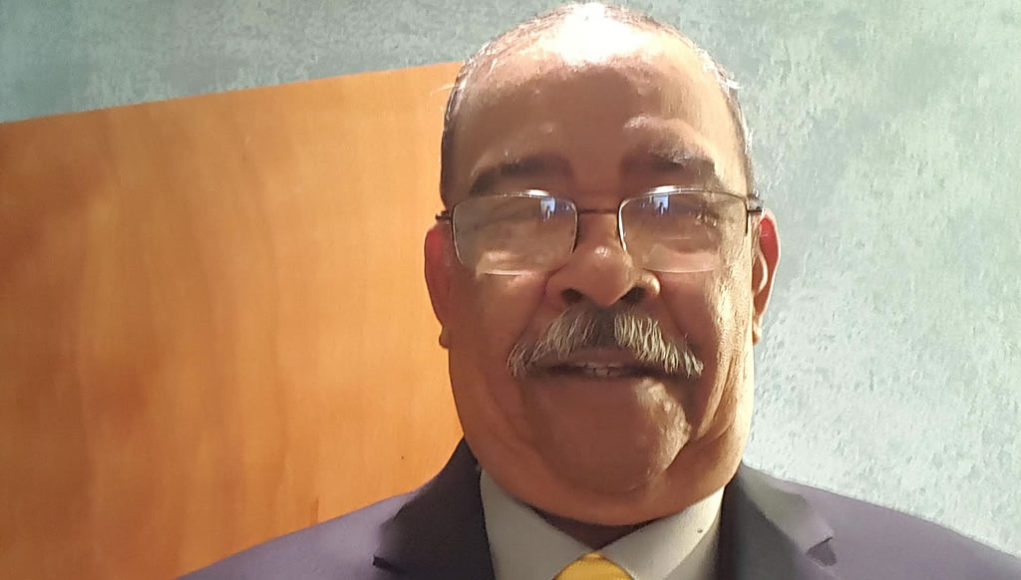 Originally from Toa Baja in Puerto Rico, Carlos A. Ilarraza now lives in Covington, Tennessee where he is retired after 32-years in law enforcement both as a police officer and corrections supervisor.

The 66-year-old grandfather (and great grandfather) was first diagnosed with Type 2 in February of 2015, but he figures he likely had it sooner.

“Knowing what the symptoms are now, I would say I was a diabetic about six months prior to being diagnosed,” said Carlos, whose maternal grandmother died due to complications from Type 2. His oldest brother now battles Type 2 with the help of an insulin pump.

Even though Carlos is retired from three decades he remains on call with a federal law enforcement agency as well as staying active online in the community of type 2 diabetics.

Perhaps what’s most inspiring about Carlos is his pitch-perfect optimism –he truly does not let diabetes get him down, at all. In fact, he’s quite forthright in his gratitude to it, because it forced him to get fit and to get healthy.

Everyday Diabetes Magazine recently had a chance to talk with Carlos Ilarraza about his diabetic journey.

When you were diagnosed, what was your reaction?

My reaction when diagnosed was to hit this disease head on and gain control. I came home and got rid of all foods that were harmful to my health and replaced them with whole foods. I also changed my lifestyle to a healthy one.

How has having diabetes affected your day-to-day life?

Diabetes affected me in a way that I could not perform my duties as a correctional supervisor. I was in a unit when I, literally, felt the lights going out. Another officer called for help and I was taken to our medical department and the first thing the Nurse asked me was if I was a diabetic.

I told her ‘no,’ so she pricked my finger and my blood sugar was 309. She called my supervisor and told him that I had to go to the Emergency room ASAP and I couldn’t work in the state I was in.

The ER doctor said that I was lucky and that I almost went into a diabetic coma. I returned to work a few days later and could only work a few hours before getting dizzy and I had to leave.

When i realized that stress plays a big part in how blood sugar reacts to it, I decided to retire five months earlier than expected.

I am most proud that I have controlled the progression of the disease with diet and exercise, and have been off all medications for almost a year.

What are some perceptions non diabetics have about people with diabetes that drive you crazy?

I have been lucky that I have not been judged because of my disease, but i make people aware that it is genetic first of all, but if we don’t eat properly, it does enhance the progression of the disease.

If you were appointed the king of healthcare what would you change in how America approaches the treatment and prevention of diabetes?

If I were to be “The King of Diabetes”, I would change the way doctors inform their patients about the disease, and make it mandatory that they refer them to a diabetic educator and a nutritionist.

I have done all the work myself, along with doing research and with the help of my dearest friend, Cindy Lou (founder of Diabetes Type 2 Group Support). She was diagnosed a month before I was, and we have been together on this journeys since the beginning.

What are you most proud of on your diabetic journey?

I am most proud that I have controlled the progression of the disease with diet and exercise, and have been off all medications for almost a year. I also am proud and humble to help people, in the two support groups I’m part of, to help gain control of not only their numbers, but also their lives.

I am fit and healthy thanks to diabetes giving me a wake up call.

Is Breakfast a ‘Dangerous Meal’? A Conversation with Dr. Terence Kealey

Dr. Masatake Sugimoto on the ‘Narrative Approach’ to Treating Diabetes